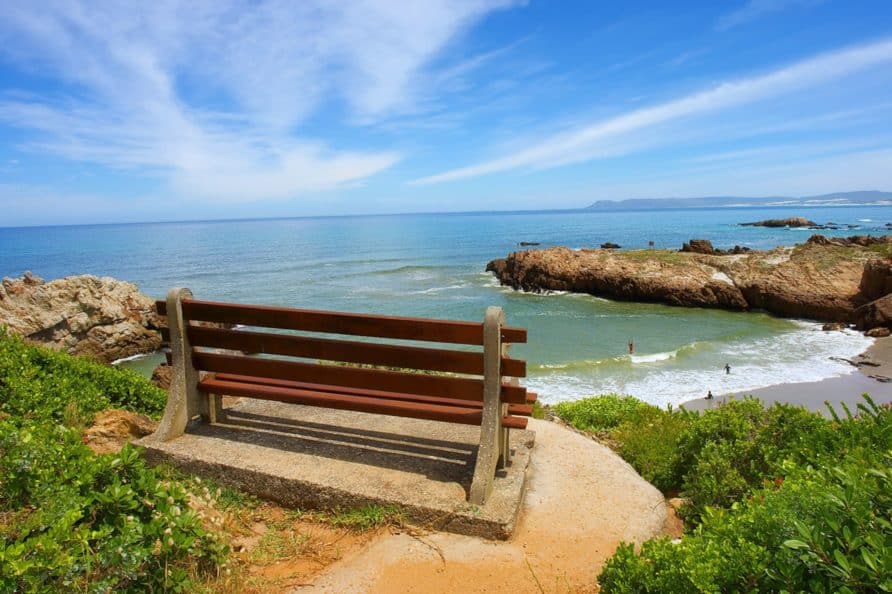 There are many Family Friendly Activities in Hermanus. Whether you’re here for a weekend, a month or more, it’s always a great idea to enjoy some quality family time together in the great outdoors. Hermanus offers a limitless supply of fun activities for the whole family to enjoy! From a few hours of adventure to day trips along the coast. END_OF_DOCUMENT_TOKEN_TO_BE_REPLACED 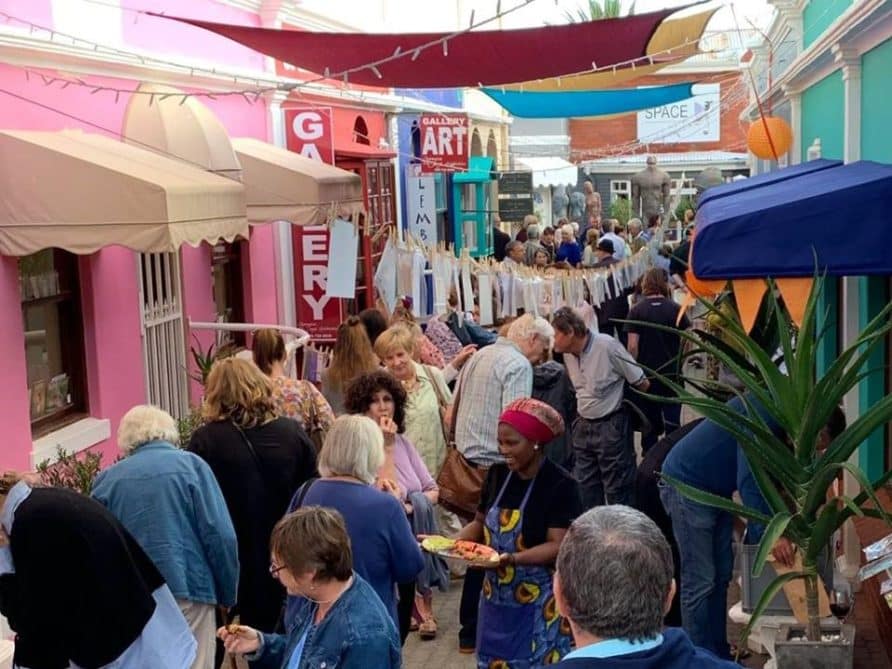 Every month Hermanus becomes a cultural buzz. Streets filled with locals and tourists appreciating the pieces on display, enjoying a glass of wine and catching up with each other. First Fridays’ in Hermanus is our part of a worldwide initiative. Making art and art galleries more accessible to the public. Eleven Hermanus art galleries participate in Frist Fridays. Galleries are open until 8pm.

Pick up a map at any gallery, stroll through the village, savour a glass of wine from one of our local vineyards and enjoy the astonishing range of art and fine craft on display.

The array of artworks available at the participating galleries ensures something for every palate. If you’re looking to spend R50 000 on an investment piece by a famous South African master, you’ll find it. If you’re searching for a delicate little porcelain bowl at R100, it’ll be waiting for you. Some of the galleries are the home studios of resident painters and sculptors. See the artists at work. Ceramics, bronzes, glassware, jewellery, watercolours, African artefacts. You will easily be able to fill up an hour or two with delight and indulgence. 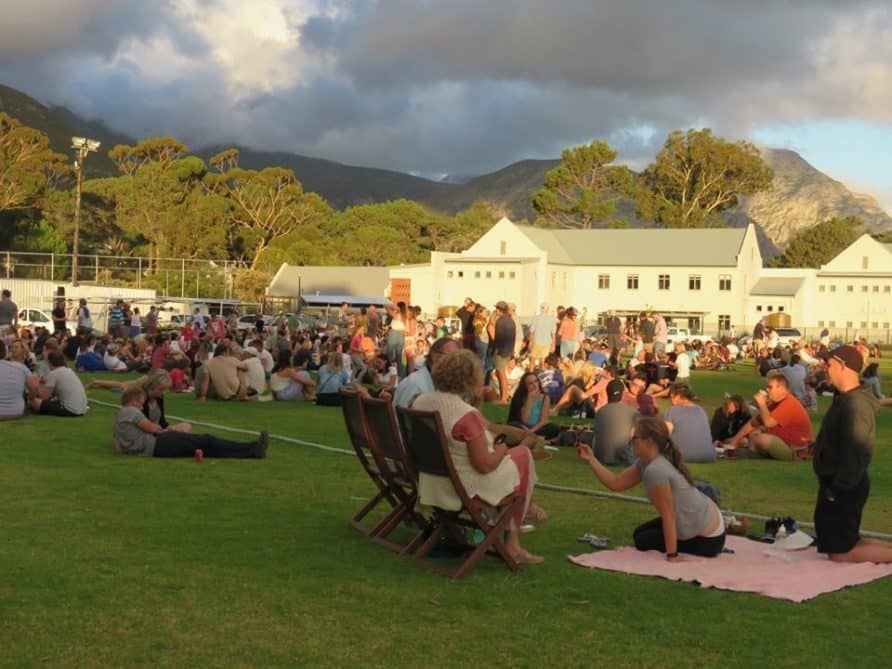 Hermanus is anything but short of local craft, food and country markets. Locals and tourists alike meet up for breakfast, brunch and an early glass of bubbly (or beer) on weekends at one of our many markets. Filled with locally produced goods from art, crafts, food and produce to fashion. And loaded with entertainment for kids and adults alike.

The Fisherman’s Village Craft Market offers you a fantastic experience. Nestled in the center of our lovely town. The stalls that open up to the public every day from 08h00 until 16h30 are reminiscent of the stalls in Hermanus’ history. The market stalls sell many hand-made products that are both beautiful and hold a bit of Hermanus in them. Among the shops, you will find kelp horns, paintings, sculptures and beaded artworks as well as the more traditional African deities and jewelry.

However, if your taste goes more towards the modern then there are many stalls that sell beautiful garments and trinkets. Souvenirs are also obviously bountiful at this market, so you’re bound to find just the right token of Hermanus for you to keep.

For more information, you can contact the Village Square or visit their site.

A market with a lot of soul. Where good friends meet, eat, and buy beautiful things…

The market has been going strong since 2006. And has now moved to the wonderful setting of the Hermanus Cricket Club. The market traders all come from the greater Overstrand area, giving the market a truly local feel. The market organisers and the traders try as best as can to run the market according to eco-friendly principles. The country market is committed to creating a wholesome experience with minimal environmental impact.

Come and join us every Saturday between 09:00 and 13:00. And in Dec/Jan for the Twilight Markets on Wednesday from 16:00 till 20:00 in the evening at the Hermanus Cricket Club for some feel-good fun.

Also, on Saturdays, come rain or shine, the Food and Wine Market at the state-of-the-art Hermanuspietersfontein Wine Cellar. Which can be found in the Hemel-en-Aarde Village. This market offers free wine tasting and unique gourmet-style food stalls in a lively, elegant atmosphere.

Visit their market courtyard from 09:00 to 13:00. For more information contact Food and Wine Market

MARKET IN THE GARDEN

The Market in the Garden, found among the trees in the beautiful St Peters Church gardens in Hermanus. This market is a bustling and enjoyable place to spend your Saturdays from 09h00 to 14h00. Enjoy a wide variety of food, drinks, arts & craft market, jewelry, farm fresh produce, homemade delicatessen, brunch and all the yummy and trendy stuff that make a market so much fun. There is live music and this market is a family-friendly environment.

The charming Onrus Craft Market runs on the first Saturday morning of each month. Situated at the De Wet Hall in Roos Street. This market offers a fun, eclectic mix of old-school stalls and activities. A great market for filling up on bargains and catch up with the locals.

WHALE WATCHING IN THE HEART OF THE WHALE ROUTE

Hermanus, the fishing village along South Africa’s Southern coast, is privileged to welcome the Southern Right Whales. These gentle giants migrate to South Africa, Cape Whale Coast. They birth and care for their new-born calves in the protected Walker Bay. Hermanus has been rated by the World Wildlife Fund (WWF) as one of the twelve best whale watching locations in the world. It is often regarded as the heart of the Whale Route.

Hermanus whale watching season is from June to December and is known as a mecca for whale watching, with the Southern Right Whales Hermanus choosing the area as home and their playground.

Thousands of whale-lovers arrive along the coast to witness these majestic creatures all while enjoying the beautiful Hermanus weather.

Southern Right Whales are the main species of whales visiting the shores of Hermanus. Bryde’s whales are found in Walker Bay all year and Humpback Whales migrate offshore of the bay during June, July and August.

They are easily distinguished by the callosities (sometimes mistaken for barnacles) that cover their heads and blowholes. These unique patches are used to identify each whale. A distinctive V-shaped plume of misty air is shot into the air when the whales expel air, which can be spotted from quite a distance away.

Watch the world’s gentle giants of the deep frolic in waters of Walker Bay. There are many vantage points to spot these gentle giants frolicking in the sea. Gearings Point is a popular spot that offers a panoramic view of the bay. Or catch a glimpse of breaching whales from the viewing terraces at the Old Harbour, Dreunkrans, Windsor Bay, De Gang, Siever’s Point, Kwaaiwater as well as Voëlklip and Grotto beaches.

Listen out for the Whale Crier who alerts shore-based whale watchers to the whereabouts of whales, by blowing a message, from a horn made of kelp.

CLOSE UP WHALE WATCHING IN HERMANUS

Boat based Hermanus Whale Watching trips depart from the New Harbour in Hermanus. The cruises take visitors along the edge of the Marine Reserve to look for and watch these massive animals for about 2 hours. The cruise boats can come within 50 meters of the whales, but these curious creatures usually end up coming up to the boat for a closer look!

So make sure you book well in advance as seats fill up quickly and are limited. Contact Hermanus Whale Cruises or Southern Right Charters.

Book a private Aerial whale watching experience of a lifetime! Experience whales playing, mating and breaching, unaware of human presence. African Wings have been known to spot up to 198 whales, during one 30-minute flight over Walker Bay.

DIRECTIONS TO HERMANUS
FROM CAPE TOWN:

Wedged between mountains and the sea, Hermanus, Western Cape is one of the most breath-taking destinations you will ever experience. Delivering a range of fine restaurants, art galleries, boutiques and more. Because there are so many things to do in Hermanus, you will have a choice of limitless fun activities for the whole family to enjoy every day.

Make a weekend of it and have a book your Hermanus Holiday home with Firefly Villas. With an impressive portfolio of carefully selected Luxury self-catering accommodation in Hermanus, we’ll match you to your perfect holiday home.

Easter in Hermanus is a fantastic affair that brings together all walks of life. During Easter Weekend you can find many different activities for you and the family to enjoy.

During Easter Weekend Hermanus displays the well-known in depth and amazingly rendered Passion Play.
“The creators of the Hermanus Passion Play call it a miracle. Those who have seen the play, performed in its unique rocky setting in the Old Harbour, simply call it unforgettable. And then there are some who say that it is even better than the famous Passion Play at Oberammergau.

For the past fifteen years, the Passion Play has been performed on Good Friday at the Old Harbour in Hermanus. Every year it is watched by thousands – some come from as far as Pretoria and Johannesburg with the sole aim to watch the electrifying performance in its stark old-worldish harbour setting.” (Whale Talk 2010)

The Hermanus Visbash takes place in Onrus River over the Easter holidays (April – May) and is a lovely event that locals and visitors look forward to every year. During the day the air is filled with the mouth-watering scents of fresh seafood as local talents create teams and participate in the Visbash competition to find out who is this year’s best seafood chef(s).

While the competition is in full swing there’s also many different stalls, arts and crafts for the children and entertainment for the whole family to enjoy. There are also several ideal picnic spots to relax at (or nap) that are usually sheltered from the sun and offer a great vantage point of everything that’s going on around the fair.

There are so many other activities to entertain the family with during this holiday, like the Saturday Markets, walks in Fernkloof Nature Reserve, beach outings to catch up on some tanning, Cliff Path walks, and more!

And Hermanus is the worlds best location to do this in. Don’t just take my word for it. Watch below